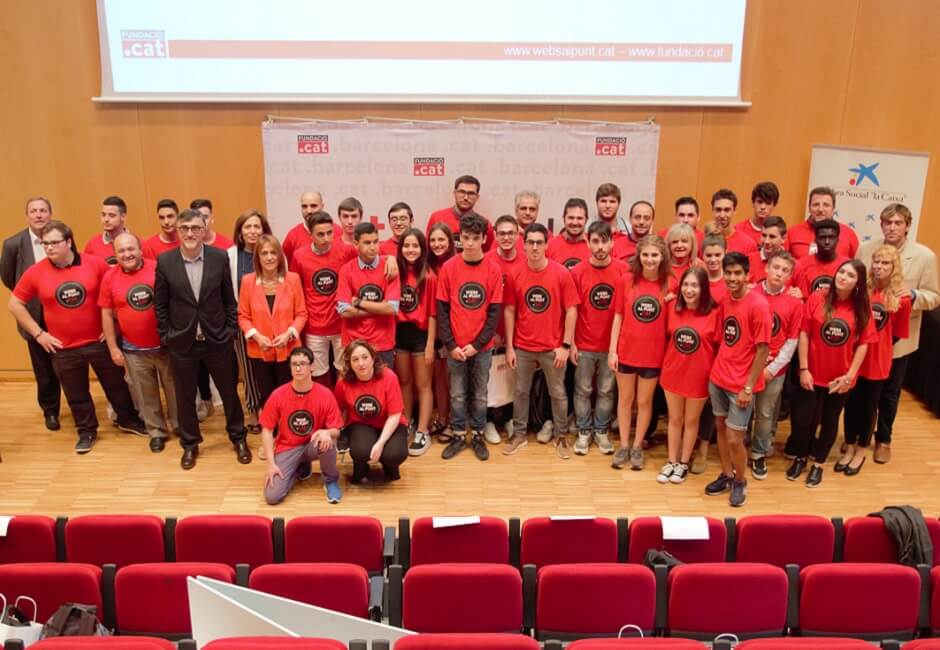 Friday 26 May was the day of the award ceremony for the 7th edition of the Webs al punt (Websites on .cat) competition, a project that fosters digital creation among secondary school and vocational training students.

Friday 26 May was the day of the award ceremony for the 7th edition of the Webs al punt (Websites on .cat) competition, a project that fosters digital creation among secondary school and vocational training students.

The event was held at CosmoCaixa with the presence, among others, of Marisol López, Head of Digital Culture of the Catalan Institute of Cultural Enterprise (ICEC), Ester Franquesa, Head of the Linguistic Policy Department, Antònia Folguera of the Sonar +D commission, Maite Sainz of the Centre for Telecommunications and Information Technology (CTTI), and Javier Garcia of Citilab, to name but a few, as well as members of the jury for the competition and Carles Salvadó representing Fundació puntCAT.

The award to the best website in the competition includes a monetary prize to provide technological equipment to the winning school in order to encourage the adoption of new technologies and provide resources for the students’ future projects.

During the ceremony, awards were also given to the best projects by secondary school and mid-level and advanced vocational training students and future journalists. There was also a people’s award and a prize for the class with the highest participation.

All students and teachers were very satisfied with their involvement and, in some cases, such as that of the Sant Nicolau school (Sabadell) group that won the People’s Prize with its nika.cat project, the people involved spoke up for the presence of women in technology.