Phone
+34 936 750 354
E-mail
suport@domini.cat
Address
Plaça Nova, 5, 7a planta
08002 Barcelona
Compartir
Notícies > “It would have been nonsense for a magazine written in Catalan, and produced and distributed in Catalonia to have any other domain than .cat”

“It would have been nonsense for a magazine written in Catalan, and produced and distributed in Catalonia to have any other domain than .cat” 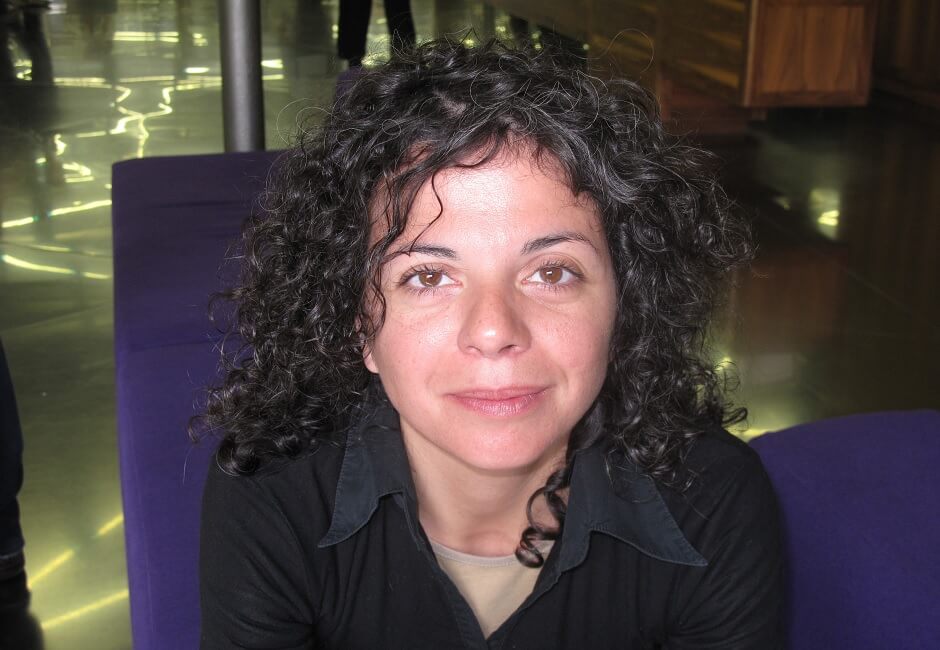 At the start of February, the website sapiens.cat, the digital version of the magazine SÀPIENS, updated its structure and included new sections and a new image. We wanted to learn more about day-to-day life at sapiens.cat from its editor in chief, Caterina Úbeda.

At the start of February, the website sapiens.cat, the digital version of the magazine SÀPIENS, updated its structure and included new sections and a new image. We wanted to learn more about day-to-day life at sapiens.cat from its editor in chief, Caterina Úbeda.

The magazine SÀPIENS was created in November 2002. The cover of the first edition already hinted at what would be one of its traits, that of investigative journalism. We had visited the British Foreign Office to be the first to consult the dossier on the Catalan spy Joan Pujol, better known as ‘Garbo’. Over these 15-plus years, SÀPIENS has been the best selling history magazine in Catalonia, we have investigated archives from around the world and have helped normalise the popularising of history in our country, using the journalist + historian combination: history explained by journalists advised by the best historians.

Since then, many of the main SÀPIENS subjects have been discovered in archives around the world: we remembered the most important on the internet on International Archives Day.

How many people are there in the Sàpiens team at present?

The SÀPIENS team is formed by Clàudia Pujol, the editor in chief; Sònia Casas, the managing editor; Víctor Farradellas, the editor; and Albert Bernat, the designer. I work on the website with the help of an external contributor, Anna-Priscila Magriñà.

The Sàpiens website sapiens.cat has been up and running for a years now. How has your website evolved over this time?

Sapiens.cat was created in April 2010. It was initially a very modest website and has gradually grown. Right from the start it was seen as an addition to the magazine and not its competition. The website has been a major platform to consolidate the magazines own subjects, such as the anti-Franco blacklist. This was one of the many exclusives by SÀPIENS: edition 118 (April 2012) included a report published on the Catalans who are most closely monitored by Francoism. Given that we had the files on those 462 people, we made our own microsite on the internet with the same people and a built-in search engine. In just five days, the special edition generated 38,250 pages viewed.

Over the years, the website has evolved to include new sections and new contents, and has strengthened its presence on the internet by choosing to use multimedia contents. Two examples: we celebrated the centenary of the First World War and that special edition and we spoke about the Treaty of the Pyrenees, converting the canvas of the artist Laumosnier into a digital image so that users were able to run through the painting and find out who was present at the meeting between Philip IV of Spain and Louis XIV of France on Pheasant Island.

Do you think there is an increasing tendency to read and consult information in digital format?

We’re a niche magazine. The digital behaviour of a news publication (a newspaper, for example) is very different to that of a specialist magazine, and even more so a magazine that specialises in history. Of course, SÀPIENS can be found on the iQuiosc platform, but most of our readers use paper, which we think is normal considering our type of publication. In terms of the website/magazine relationship, both are very different media: the articles are not the same, the regularities and formats are very different… More and more people consult our website, but they don’t subsequently stop buying the magazine, or vice versa. I must add that the website is consulted by a lot of students, especially those of secondary school age.

At the beginning of February you updated the sapiens.cat website. What’s new about it?

You could say that the new Sapiens.cat is all grown up.

What do you mean?

As with most sites linked to history publications, the structure of the previous website was highly focused on the magazine: with the same section names, which made sense to us at the time, but no longer does if you think about the website solely as an individual entity.

Now, the structure of sapiens.cat is more logical, flexible and useful to users. The contents are grouped around two mainstays: subjects (with options such as Catalonia, Europe, World or Celebrities) and periods of history (with the main periods of history, as well as Catalonia 1714 and the Spanish Civil War and Francoism being the most popular). So the contents are not only easier to place, but also to locate, as the same subject might be in Catalonia, in Contemporary history and in Celebrities.

The other major innovation is the way in which the contents are presented: the great source of information is the magazine, but the contents are not published in the same way. We try to base them on a matter of interest and fragment them. Sometimes we make them interactive, like this map on Nazi Catalonia.

We also have quizzes, a classic on Anglo-Saxon history websites. These are trivia questions on subjects of history used to read and learn in a different, fun way. The nicknames of Catalan kings and counts, the most famous gangsters of all time, famous quotes, philosophers, Kubala, the history of Barça… All this and more can be found in the Quizzes section.

Yes, the book ‘El món ho ha de saber’ was sent via website to 15,000 celebrities worldwide. It was a huge success. It explained the War of the Spanish Succession and the last 300 years of the history of Catalonia. SÀPIENS has always supported the popularisation of our history and, despite having been publishing articles for the past 15 years, there are still a lot of events and celebrities that have not been discussed enough, or even at all. For example, the next edition of the magazine discusses Carme Ballester, the widow of the president Lluís Companys, a character that we don’t completely unveil, but we do reveal previously unheard of information.

Ensuring visits to a website can be complicated. We’ve noticed that Sàpiens uses tools such as the social networks and the newsletter. What percentage of your traffic comes through these channels?
Yes, ensuring visits to a website can be complicated, especially a niche website that’s in Catalan, like ours. Our growth strategy has always been based on the contents. Apart from those published on a daily basis, special editions such as those I mentioned before or others such as those we issue every 11th September have helped us grow. We also publish contents depending on the current situation, such as the history of the pieces of art from Sigena or stories related to the Catalan push for independence.

Why did you decide to use a .cat domain for the website?

We honestly didn’t consider any other domain that wasn’t .cat. As we said when we made the videos on the success story, it was a matter of logic, normality, consistency. It would have been nonsense for a magazine written in Catalan, and produced and distributed in Catalonia for a mostly Catalan-speaking audience to have a generic domain such as .com or a regional domain that is not its own, such as .es. As a Catalan website, the only right thing to do was to use our own regional domain, .cat.

How do you see sapiens.cat in the future?

It’s hard to imagine, because there are important questions and global challenges that remain unanswered in publishing. I do, however, see a website that goes beyond the contents, that has found a business model that is linked to a publishing and social spirit. We have a project in the pipeline that meets this definition, but we can’t talk about it just yet. You’ll have to keep visiting sapiens.cat to find out more.