The .barcelona activates 3,948 domains in only three months 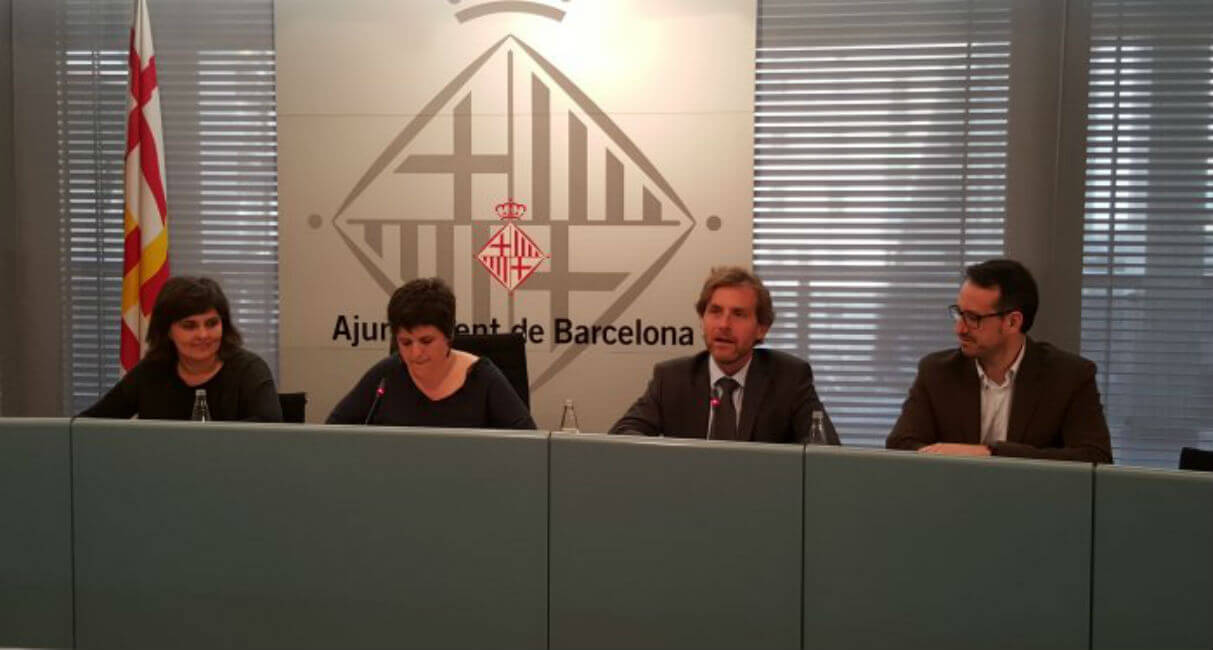 The .barcelona domain is already working. 1,356 domains .barcelona were registered from January to March, during the period of reservation for priority names. Since March 21st, those domains have been enabled. From this date on, free registration has been allowed, and the number of registers has raised to 3,948.

The .barcelona domain is already working. 1,356 domains .barcelona were registered from January to March, during the period of reservation for priority names. Since March 21st, those domains have been enabled. From this date on, free registration has been allowed, and the number of registers has raised to 3,948.

The launching of .barcelona domain has generated great expectations. Only during March 21st, when it was opened to the public, 1,782 domains were registered.

The .barcelona domain is owned by Barcelona City Council and managed through open tender by Fundació puntCAT, a non-profit organization  that also administers the .cat domain since 2006. This foundation is also committed to promote Catalan language and culture in the Internet and the area of new Information Technologies.

The .barcelona domain was promoted by Barcelona’s City Council and awarded by ICANN (Internet Corporation for Assigned Names and Numbers). The city council launched this domain in order to help promoting businesses and entities willing to take advantage of all positives values associated with Barcelona.

In order to guarantee the fair assignation of the domains, Barcelona City Council and Fundació PuntCAT established a period of preferential reservation of domain names for individuals, social organizations and companies. During this two-months period (from January 12th to March 15th) 1,356 domains were registered.

If we focus on the registers done by companies, it is worth noting that 37.9% of them are assigned to different kind of business – industry, consultancy, technology, law or architectural firms; 15.65% to local stores; 5.04% to international companies, and 41.91% to companies related to tourism.

The .barcelona, a strong domain compared to other cities

The .barcelona domain is the only domain referred to a city that has been launched in Spain. In short, a .madrid domain will also be launched, although it will not represent the city, but the whole region of Madrid (Community of Madrid).

This way Barcelona is one of the 50 leading cities that have launched their own internet domain, like .nyc, .tokio, .paris, .london or .berlin, among others.

During the sunrise period, the .barcelona achieved 1,365  registered domains. It is above the expected 1,000 registers, and it is a very good result compared to other cities’ priority-launching periods. It has only been surpassed by .london, with 9,000 registers, and .paris, with 1,600. It must be noted, though, that those cities are much more populated than Barcelona, and that, in both cases, there was an intense advertising campaign the year before the release.

The .barcelona domain is an important tool that helps web pages to get a better SEO (Engine Optimization) position. Moreover, its extensions are key in order to plan a successful digital communication strategy. In addition, the domain is a new way to define the identity of the digital community of Barcelona.

The Barcelona City Council intends to turn the .barcelona domain into a reference for the city; therefore, it has established as a requirement that the contents of the web pages with the extension be linked to Barcelona or its area. This link with the community of Barcelona may be referred to activities from different sectors, such as culture, tourism, shops or education, among many others. The first web page using the new extension is the participative portal of the City Council https://www.decidim.barcelona, in order to show the approach of the .barcelona domain to citizens.

The regulation of .barcelona domain is based on rules approved by the City Council of Barcelona in accordance with the International Regulation of ICANN. They are aimed at protecting place names, iconic places, public authorities and services of the area of Barcelona. Therefore, the City Council has reserved some names, such as neighbourhoods and districts – “santandreu”, “barcelona”–, registered municipal  brands –”bcneta”–, municipal services – “010informacio”, “ciaj”–, or emblematic places of the city– “tibidabo”, “parkguell”. In order to guarantee the possibility to have a .barcelona domain for institutions, entities and social groups –for instance, “sagradafamilia”–, their owners were informed of the need to book and buy their names.

In order to ensure the right assignation of domains, the City Council, has coordinated an intense campaign since January through the Communications Department. For instance, the web page of “domini.barcelona” has been enabled to explain all the details of the project. Moreover, the City Council has organised some informative sessions aimed at specific groups, including the tourism and cultural sectors.