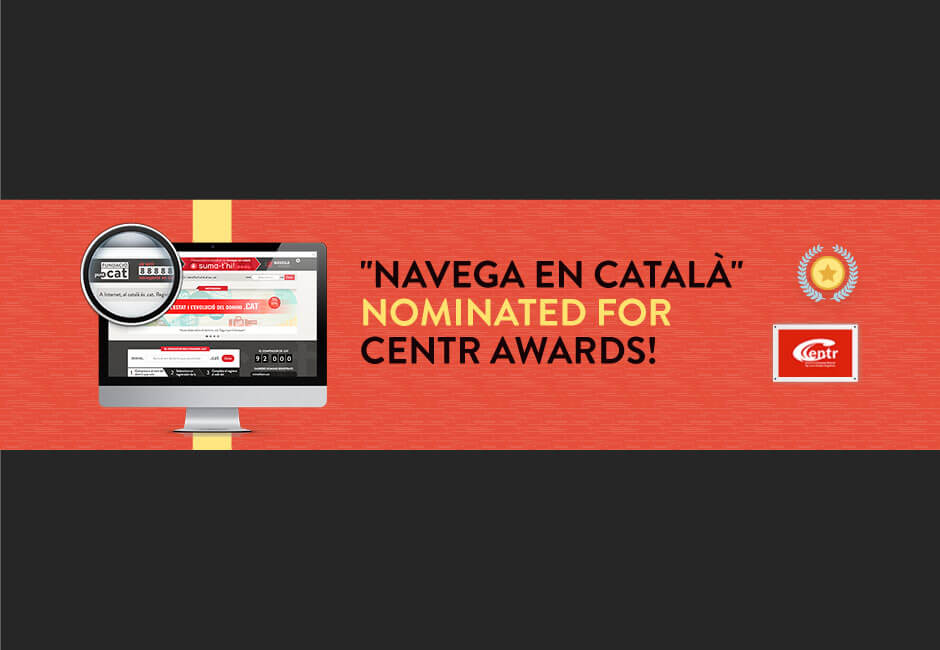 The ‘Browse in Catalan’ campaign, boosted by the puntCAT Foundation, has been nominated for the yearly Council of European National Top-Level Domain Registries (CENTR) awards.

Congratulations are in order! The ‘Browse in Catalan’ campaign, boosted by the puntCAT Foundation, has been nominated for the yearly Council of European National Top-Level Domain Registries (CENTR) awards, to be held this year on 7 October at the Palais des Académies in Brussels (Belgium). This nomination is international recognition for the Foundation’s ongoing work in increasing the presence of Catalan on the Internet and in ICTs and provides an incentive to continue working day by day to the benefit of the Catalan-speaking community. We couldn’t be more satisfied!

The puntCAT Foundation launched ‘Browse in Catalan’ in 2009, in conjunction with Softcatalà and the Department of Language Policy. Since then, the campaign, which is still running, has raised awareness among thousands of Catalan-speaking Internet users so that they surf the Net in their own language and thus increase the demand for Catalan content. Over 98,000 users have already configured their browsers in Catalan and anyone who wants to can visit the website navegaencatala.cat for advice and tools for configuration.

The ‘Browse in Catalan’ initiative, competing for the CENTR 2015 awards in the Corporate Social Responsibility web project category, is one of three finalists, together with OPTIMISE Fund (IEDR) and Community Investment Program (CIRA). These awards, which highlight innovative projects and good practices in the Internet, also acknowledge the winners in four other categories: marketing, research and development, safety and the most important yearly contribution. All nominations can be viewed on the CENTR website.

We would like to wish all the finalists the best of luck and invite you to browse in Catalan!