The .cat domain is the fastest-growing domain in Spain 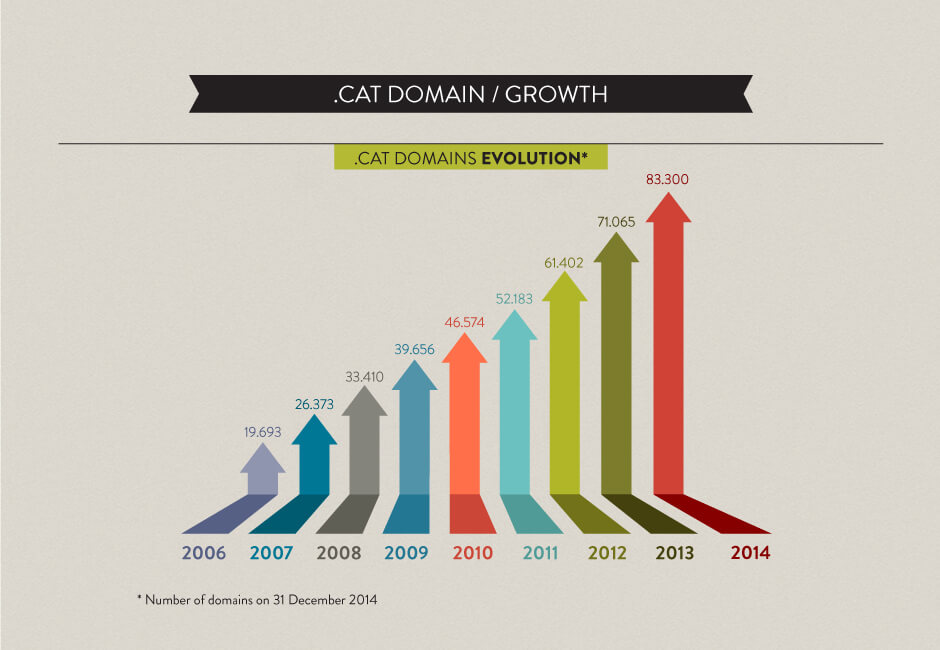 The .cat domain extension was the fastest-growing in Spain in 2014, with an increase of 17% in the number of active domain names. This increase contrasts with the stagnation of other domains, such as .es, which only grew by 3%; .com, which fell by 9%; .net, which was down 11%, and .org, with a decrease of 9%. These figures, collected by Red.es, the puntCAT Foundation and ntldstats, show the percentage difference in new registrations and removals of domain names with the extensions in question. In addition, it is worth noting that, following the trend of an increasingly segmented market, 2014 saw the appearance of a large number of new domain extensions aimed at linguistic communities or cities, such as .eus (Euskadi – the Basque Country), .gal (Galicia), .berlin or .scot (Scotland), among others.

With regard to types of users, .cat domains are mostly used by businesses, retailers and freelancers, as more than 60% of websites with a .cat extension belong to these groups. As far as its market share in Catalonia is concerned (where .cat accounts for 86.3% of all active domains), .cat continues to occupy the third position, with a market share of 13%, behind .es (40%) and .com (37%). This represents an increase of two percentage points from the 11% figure of late 2013.