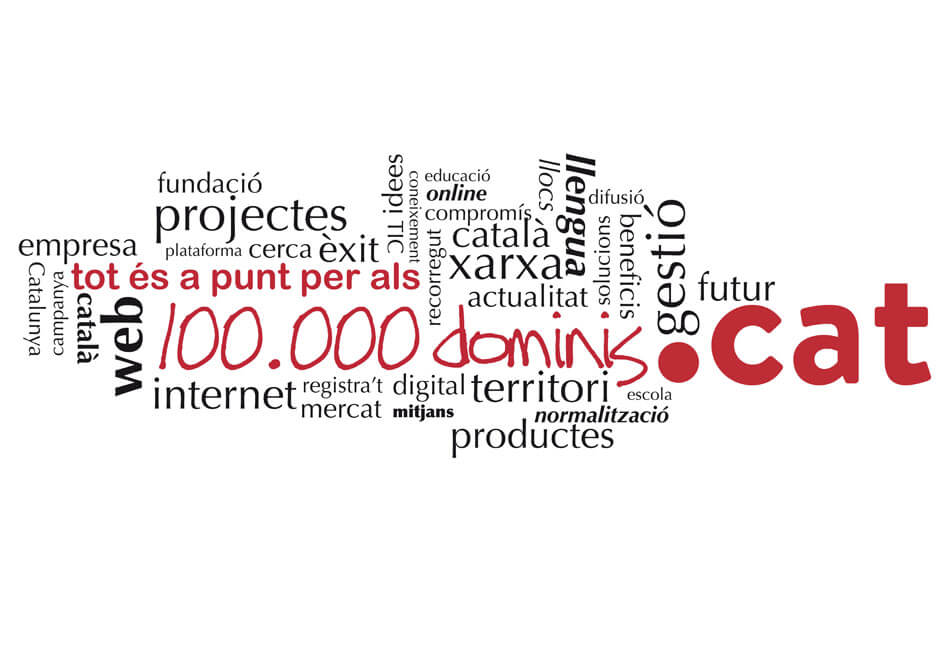 Currently, coinciding with the tenth anniversary of the .cat domain, there are already over 96,500 .cat domains. The milestone of 100,000 .cat domains is getting closer and closer.

“We want the .cat domain to be the most widely used in Catalonia, as it is the one that best identifies the Catalan-speaking community online.” The wish of Santi Ribera, CEO of the puntCAT Foundation, and of the many Catalan-speaking Internet users, is getting increasingly closer to coming true. Currently, coinciding with the tenth anniversary of the .cat domain, there are already over 96,500 .cat domains. This is as compared with the mid-April figure of 88,000. The milestone of 100,000 .cat domains is getting closer and closer.

The many campaigns launched by the puntCAT Foundation in recent months have borne fruit. A large number of public bodies, large companies, small businesses and freelancers already have the .cat extension on their website and email addresses. Choosing this domain gives websites the opportunity to position themselves on the Internet in Catalan and convey their message to the Catalan-speaking community in a more direct and effective manner.

In addition to the promotional campaigns driven by the puntCAT Foundation, we must also highlight the competition Webs al punt .cat (.cat domain websites), which is now in its sixth edition. This competition encourages students to create websites or applications in Catalan. Another well-known initiative is la Gira del .cat (the .cat tour), which was in Vic at the end of November and will be present at a number of locations in Catalonia during this coming year. The aim of this travelling action is to raise awareness of the importance of using the .cat extension among all kinds of users.

2014 was the year with the highest number of .cat domain registrations in history, with a total of 23,534 new active domains registered. This achievement can be exceeded in 2015, and the puntCAT Foundation will work to make this possible. The milestone of 100,000 .cat domains is already getting closer.