Theatre from the sofa 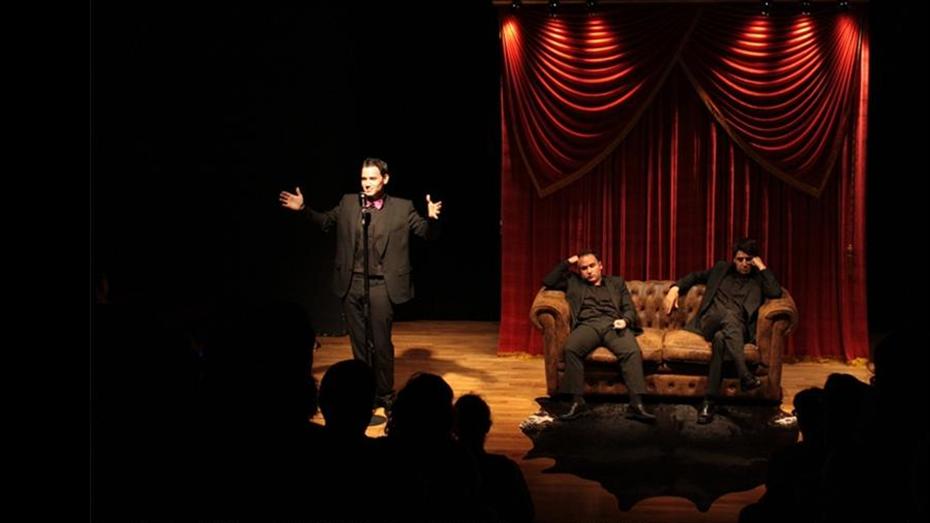 A collection of plays in Catalan that you’ll find on line during the confinement period.

Friday 27th March was world theatre day, a date that we were unable to celebrate properly due to the confinement and social distancing measures imposed following the global outbreak of COVID19. With the theatres closed, some companies have decided to show their performances in video format. This article provides a brief collection of the plays in Catalan that you can enjoy from your sofa.

Probably one of the plays that best portrays these times of confinement and relationships maintained over the internet. A work by Mertxe Aguilar and Guadalupe Sáez directed by Juan Pablo Mendiola that was performed for the first time in 2018 at the Rialto in Valencia. Alexandria is the metaphor with which to refer to search engines such as Google or social networks such as Facebook or Twitter. A comparison of historic roots that places the digital paradigm on a par with the mythical library.

This work, directed by Israel Solà and performed by Xavi Francés, Aitor Galisteo Rocher, Arnau Puig and Marc Rius, is based on the real story of the scandal of the same name starring the former Italian prime minister, Silvio Berlusconi, in 2002. During a press conference in Bulgaria, Berlusconi called the editorial line of the public television programmes directed by the Italian comedian Daniele Luttazzi and two other journalists “unacceptable”. All three were dismissed after the polemic leader insisted that the public entity “take measures”. Ten years later, Luttazi is still banned from public television. The company La Calorica portrays this episode. Its Vimeo channel also includes “Fairfly”, “El profeta” and “Sobre el fenòmen de les feines de merda”.

The theatre company formed by Alberto Díaz, Albert Prat, Sergi Torrecilla, Maria G. Rovelló and Xesca Salvà has also joined the initiative of broadcasting some of its works free of charge. To be found on a Twitter thread are “Una lluita constant”, a production with Carlota Subirós on political commitment during periods of upheaval, “Cúbit”, a work based on a text by Josep Maria Miró on the construction of memory and official tales, and “El llarg dinar de nadal” by the US author Thornton Wilder, a generational merry-go-round that tells the comical tale of a Christmas encounter; among others t be found on this thread:

Under this hashtag, Teatre Lliure from Barcelona announced two weeks ago that it would shows plays on its social networks to lighten the stress of the confinement period. Under the hashtag #TeatreAlFil, the Lliure shared the text of several brief pieces from “Clàssics desgenerats”, a performance from last season and part of the “Dones Lliures” cycle. At eight p.m. from 19th to 21st March and at six p.m. on Sunday 22nd March, in line with the usual times performances take place, users of its Youtube channel were able to enjoy the adaptation of William Shakespeare’s classic by Pau Carrió, Hamlet. They will soon provide more shows, they say.

The classics by La Cubana

The veteran company La Cubana has been showing is most famous shows on Youtube for years now. One of them is “Cegada d’amor”, the story of Estrellita, an adolescent who goes on a school trip and falls in love with a young French medicine student, Jean-François, who invites her and her aunt to Paris. During their stay, Estrellita loses her sight in a terrible accident, which does not stop Jean-François fighting for her love.

The other is “Una nit d’òpera”, an original show based on the trick of bringing the audience to the rehearsal of an opera without paying to get in. This enables them to see what’s going on backstage.

And if you’re a fan of musicals in Catalan, don’t miss the Youtube channel “Clavell d’Ivori”, with more than a dozen videos of this genre including quite a few shows by the famous company:

And if you want to see a dance performance, don’t miss “Més a prop”, a work under the direction and choreography of Noelia Liñana that portrays our emotions, which are bound to be running high at present:

Have you heard of any other companies or theatres that are showing their works around the Catalan Countries? Tell us about them on our Twitter account @puntCAT.